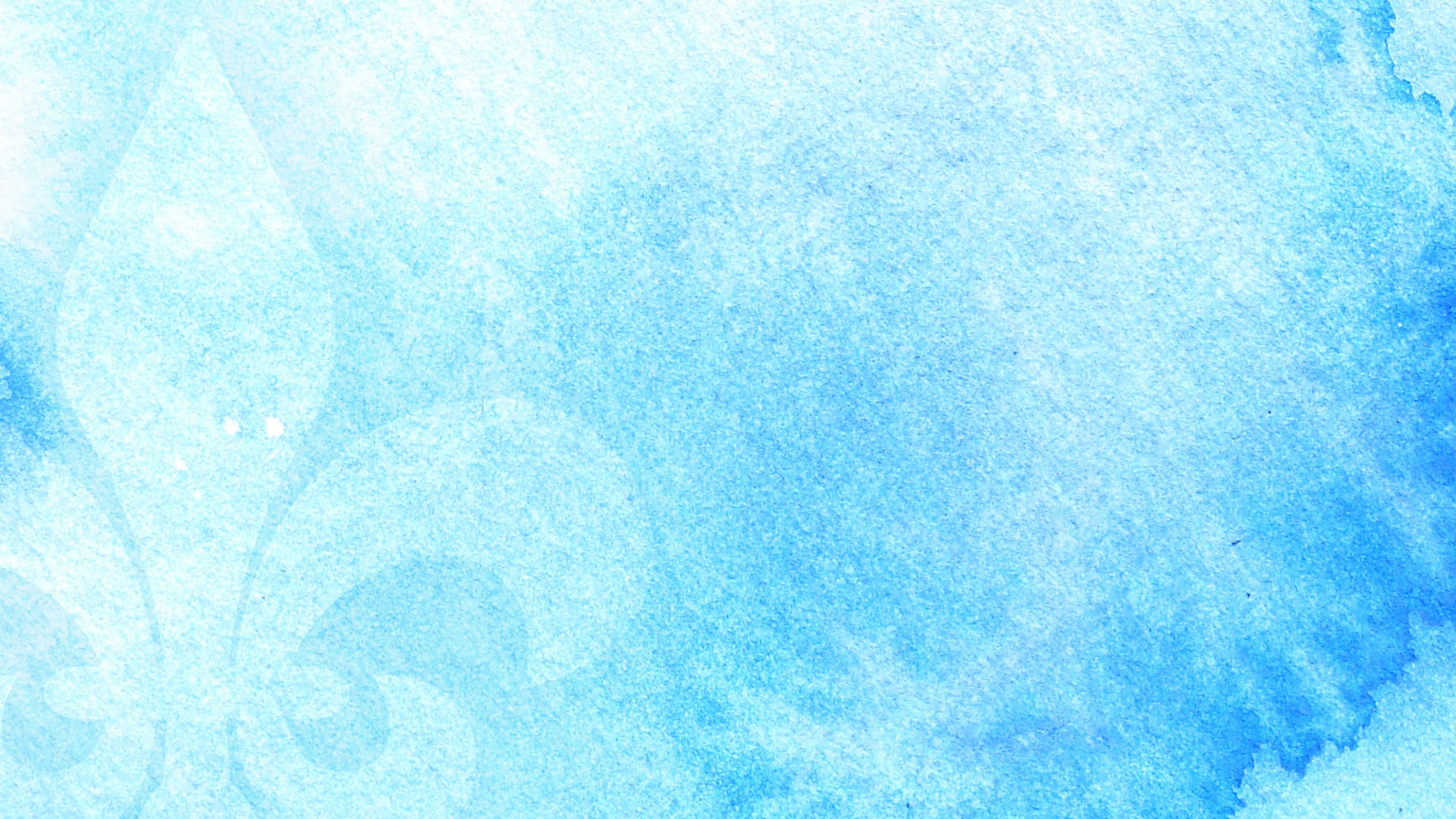 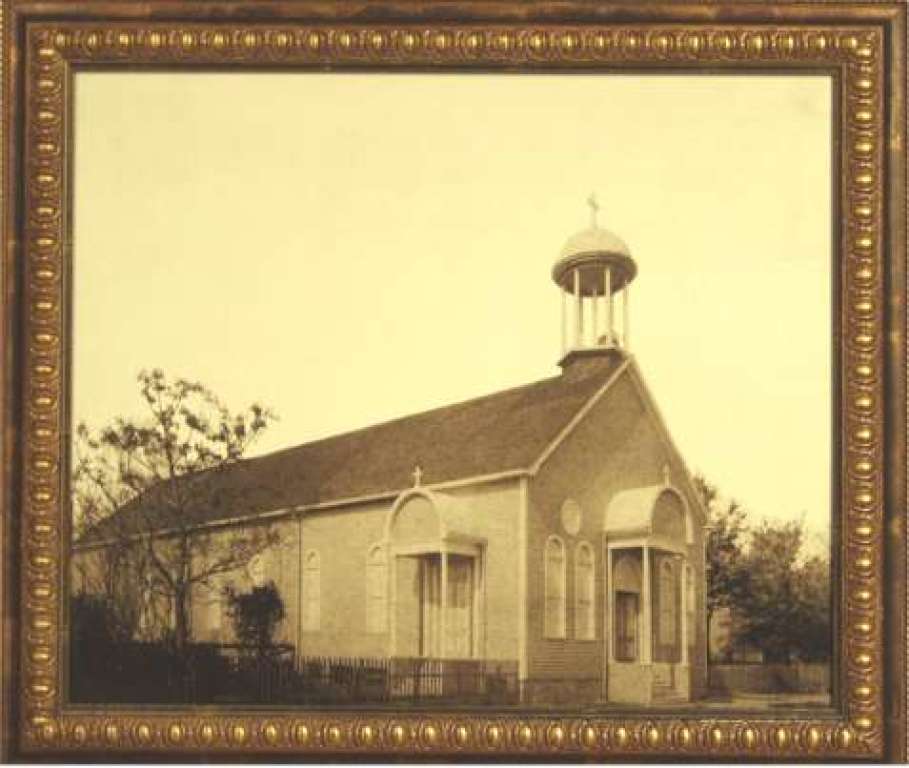 Our next pastor was Reverend Augustus Michel Rochard, sent in August of 1899 by Archbishop Placide Chapelle, Sixth Bishop of the Diocese of New Orleans from 1897 to 1905, who was a noted orator and linguist. Father Rochard was Albert A. Villien’s parrain (godfather). He was born August 18, 1867, in Maine-et-Loire, France. He was ordained in Maryland on June 21,1892. Father Rochard came to the diocese in 1899.

In the 1900 and 1902 annual reports, Father Rochard listed his personal property as two silver gilded chalices, one silver gilded ciborium, one black velvet chasuble and all the furniture of the house. At this time, the church population was 3,000 with 1,100 communicants. In 1902,
Father Rochard reminded the diocesan officials that his address was changed from Mauriceville to Maurice. He was saying Mass in Leroy on the first and third Sundays of each month.

A letter written in Latin and dated January 1904 states that Father Rochard petitioned the Archbishop for approval for the erection of the Stations of the Cross in St Alphonsus.

In March 1905, Father Rochard again wrote a letter to Archbishop Chapelle for approval for the erection of the Stations of the Cross at “Leroy.”

January 1, 1906, the enlargement of the church building cost $4,309.87. The money was borrowed at 8% interest from Billeaud Brothers of Broussard.

First mention of the Ladie's Altar Society was in 1906 with 26 members. The Children of Mary had 15 members. The Society of Our Lady of Prompt Succor (Bonne Morte) had 255 members.

In 1907 there was a $2,000.00 debt on the new church which was still incomplete. Half was paid at this time, with the balance to be paid in three years with no mortgage. Father also said Mass on all feast days in Leroy.

On November 16, 17, and 18, 1907, Archbishop James Hubert Blenk, Seventh Archbishop of the New Orleans Diocese (1906—1917), on his Canonical Visit to St. Alphonsus, found everything in entirely satisfactory condition. The church building had been raised several feet and enlarged to accommodate the pious worshippers. The presbytery had been very much enlarged. The Archbishop was gratified by the existence and vigorous life of the Association of St. Joseph, which fostered real Catholic life among the black population. St. Joseph Parish here in Maurice had not yet been established, and the blacks worshipped at St. Alphonsus, the only church in Maurice at that time. Records show that children were confirmed both at the mother church and at the Chapel of Our Lady of Perpetual Help in Leroy.

The Archbishop suggested the following needs or improvements:

I) a baptismal font must be erected,

2) insurance should cover the value of the church;

On September 4,1908, as shown in the records, Father Rochard signed an inventory of the church property with Reverend W. J. Heffernan, Administrator. Father Rochard served until August 20. 1908, died in Youngsville in February 1933, and was buried in Breaux Bridge.

Father W. J. Heffernan served from August 30, 1908 to September 23, 1908. Father Donald J. Hebert in his book, History of St. Anthony Parish Eunice, LA 1902—1983, said one priest did not speak French, so he decided it was best to return to the North and leave the spiritual care of the people to the French priests! Perhaps this was Father Heffernan as we have no other information about him.

To the young people of our parish, many of whom do not speak French, the fact that we have had French priests at St. Alphonsus is not that significant. But one must remember that in the early days of our parish, many of the parishioners spoke no English; and, therefore, it was important that any priest assigned to St. Alphonsus speak and read the French language, particularly since many of the parishioners were uneducated.

Our sixth pastor, Reverend Celestin Marius Chamhon, was born April 15, 1879, at L’Puy in Auvergne Province, South Central France. He was the son of Louis Chambon and Louise Grange, wealthy and prosperous silk merchants. He studied in Moulterison, Loire, France, where he received a BA. degree; then studied at the seminary in Lyon, France, for a PhD. In 1903 Father Charnbon came to the seminary of St. Louis in New Orleans. Father Donald Hebert in his book, History of St. Anthony Parish, tells this story. Chambon was wearing a mustache, popular in France at the time, but was ordered to remove it as soon as he entered the seminary. Ordained on June 10, 1904, he was first assigned as an assistant at St. Louis Cathedral. His second assignment on December 26, 1908, was as pastor of St. Alphonsus.

On Tuesday, September 21, 1909, Father Chambon wrote, in French, a letter to Archbishop J. H. Blenk, a Marist, telling him he had bad news! “Last night a hurricane badly damaged my church and the other buildings of the Corporation,” he says, and continues, “Next Sunday I can say Mass in the Hall that I just had constructed for the next bazaar. I was hoping to clear up one part of the debt that I found when I arrived last December. What little harvest has been ruined, too. We ask the Lord to help us pay off the interest instead of the whole debt. (That would have been asking for too much). I am discouraged this morning, but I will continue my work and again place my confidence in God, and do all I can to recover from this disaster.”

On Monday, September 27, 1909, Father Chambon again wrote to Archbishop Blenk, telling him that the church was inspected by an architect and two carpenters, who said they could repair the church and make it usable again, but this must be done as soon as possible before another hurricane comes. Father Chambon said he had no money because he had just completed a church hall. The trustees said it was useless to tax the people because the harvest was so poor. The only possible solution he saw was to borrow money to pay for the repairs and add this to the existing debt. He asked the Archbishop to borrow $600.00 and asked permission to begin the repairs immediately. He always closed his letters with “your very humble and devoted servant.”

September 28, 1909, Father Chambon, received a letter (typewritten in English) from Archbishop Blenk telling him to call a meeting of the Corporation without delay and discuss the making of a loan of $600.00 to repair the church. He advised Father to draw up a resolution to that effect and forward it to him in New Orleans. Archbishop Blenk said he was glad to hear Father is not “daunted” by the many difficulties that confront him, and that God will bless his efforts with success.

Having received this consoling letter from the Archbishop, Father Chambon, that same day, wrote the Archbishop thanking him ‘from the bottom of my heart” for having faith in him, and responding to the questions the Archbishop had posed in his letter: 1) the chapel at Leroy had not been damaged, and 2) the amount of damages to St. Alphonsus Church was hard to estimate because the bill for the materials had not yet been received. He estimated the repairs to be less than $1,000 and could he completed by the following January. He stated that, completely repaired, the church would not he more elegant but more solid than before the repairs, stating the biggest problem was not the damage to the church, but the damage to the crops.

He had dreamed of paying the debt within a short time and then building a school, but now this project had been delayed, not months, but two or three years. Confident that the situation was far from being desperate, and with the blessing of God, Father Chambon said he could see more prosperous days for the church in Maurice.

In 1910 Father Chamhon listed as his personal possessions the hall with its furniture, decorations, lights and plants, as well as all the linens, towels, albs, purificator, and all the furniture in the house. The hall was built at Father Chambon’s own expense in early 1909. The debt of $2,300.00 at 6% interest to Mrs. Louise Maitre of 205 Bourbon Street, New Orleans, was necessitated by the installation of the rector, the repairing of hurricane damages, and the acquisition of a fire-proof safe for the records.

In January 1910, the Ushers Society listed 50 members, the Young Men’s Club had 20 members, the Ladies Altar Society had 30 members, and the Children of Mary listed 28 members. Church population was 4.500 with 1,900 communicants.

From April 25, 1910 to July 23,1910, Father Chambon was absent. Reverend Desire Serrazin replaced him. Already ordained, Father Serrazin, who had come from France, served several churches in our area, then retired in France in 1930 and died in 1931.

Reverend Chambon returned to St. Alphonsus in July 1910, and stayed until September 14, 1910. He had an interesting and active life. As a military chaplain in World War I, he served in France. In 1938 he was made a domestic Prelate by the Pope with the title Right Reverend Monsignor. He retired in 1949 at his residence in Slidell. He died December 27, 1963, at his residence in Covington and is buried in St. Joseph Abbey.

On November 28, 1910, Father Laroche wrote a two—page letter on stationery of the church of St. Anthony, Eunice, Louisiana, (where he had been previously) to Archbishop Blenk. He said that Father Chambon had let him know that it was the Archbishop’s wish that the church parish at Maurice acquire the hall that was constructed on church property. Even though the debt was “heavy,” he asked for permission to complete the transaction at a price of $1,000.00. He adds that no other person would want this building at that price. The payment on the hall was to be made after the payment of the debts on the church. In this letter Father Laroche also asked for authorization to borrow $500.00 for repairs to the rectory (the middle part which was in ruins). He said he would be able to pay this “little” debt each year from the usual revenues of the parish.

As in all the letters written to the Archbishop by the pastors, the closing words are very humble, yet very ornate and elegant.

The Village of Maurice was incorporated in 1911.

The 1912 annual report states that a mission was held during the Easter season by Father Ferret of Bancker. Catechetical instruction was given before and after Mass. The fees for marriages were listed at $20.00, $25.00, $35.00 and $50.00. The reason for the differing amounts were the ornamentations & the Sanctuary: flowers, candles, choir, and sermons. The prices for funerals differed as well for the same reasons.

On November 9 and 10, 1913, Auxiliary Bishop J. M. Laval, during his canonical visitation, stated that a spacious hail had been added and the presbytery had been raised several feet and many rooms added. The parish still had not complied with the decrees of the 1907 canonical visitation (previous one). These decrees included the erecting of a baptistery at the entrance of the church, the erection of a parochial school and the scrupulous keeping of a journal. Four hundred persons were confirmed that day.

On his episcopal visitation on October 30, 1916, J. M. Laval, Auxiliary Bishop to Archbishop Blenk, carefully examined the spiritual and temporal progress made since his last visit. “The children presented for confirmation were well instructed,” he said. Hard times had precluded the execution of the decrees issued in the earlier visitations. He said, “We are happy to learn this year that Divine Providence has granted an abundant harvest. We realize that better crops will encourage the faithful in the future.”

The January 1, 1917 annual report by Father Laroche listed a church population of about 3,500 with the number of communions at 2,650. The Ladies Altar Society had 26 members; 112 white children, 54 black children and 2 adults were baptized; 495 children were confirmed; there were 29 burials; and 8 marriages with one mixed marriage. At Leroy, the report states, Mass and catechism were held every Sunday. Father Laroche said it was the wish of the parishioners that they have a parochial school.